City and Food Tours in Pakistan 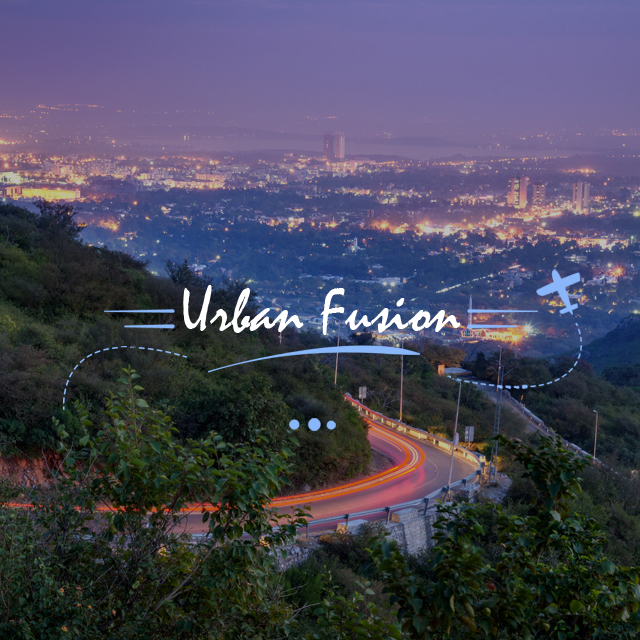 Get on the culture rollercoaster with us! Our Islamabad to Lahore Fusion Package is a celebration of colors, traditions, and culinary indulgence. Join us on a 5-day trip to experience these urban centers speckled with aesthetically unmatchable Mughal-esque landmarks, historical structures, and some of Mother Nature’s best art pieces. Excited already? What if we told you it doesn't end there? Islamabad to Lahore Fusion comes with luxe hotel stays offering indulgent amenities, palate pleasers that are as rich and culturally diverse as the region itself and spiritualistic getaways to find your inner self. So what are you waiting for? Fuel your passion for life with finger-licking food, ethereal monuments, and memorable road trips by hitting the ‘book now’ button. Here’s a complete itinerary to make things easier for you.

Our partnership with the best 5-star hotel groups in Pakistan ensures luxurious hotel stays and exclusive camping facilities with premium amenities at your service.

Like hospitality, food is part of Pakistan's culture. Fragrant and spicy, many local dishes carry a cultural heritage rooted in geography and the complex history of the country. We take it upon us to curate and include half-board meals (breakfast and dinner) on all our tour package costs to give you the best and safest trip experience.

Our impressive fleet of SUV and SUT vehicles, helicopters and private jets ensure you travel with superhero mobility on land and up in the air! Drivers and any replacement vehicles are included in your package cost.

All activities and excursions as mentioned on the itinerary are included in the costs. This includes the cost of site entry and access. Every adult guest will be provided with a complimentary 60 sec video of his/her trip experience uppon request.

Our team of design experts dug into each province and came out with meticulously crafted signature tour packages. During your journey you are assigned a tour manager to accompany you on your travels and any further guides, cooks, and supporting crew costs are included.

We facilitate and advise on the tourist visa application process for all our international guests. You are also assigned a tour designer for advise on permits and ground handling requirements for special tours and for any concerns during your trip. 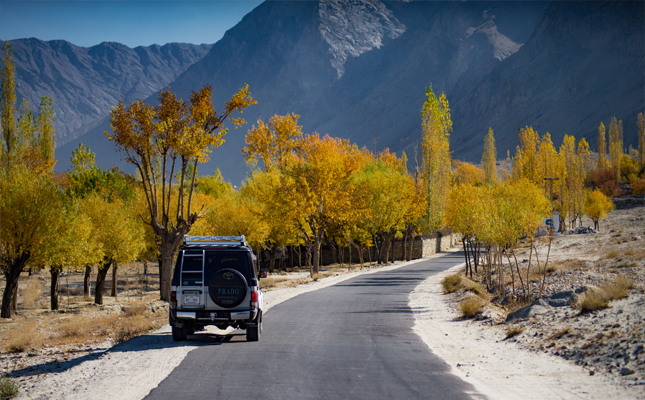 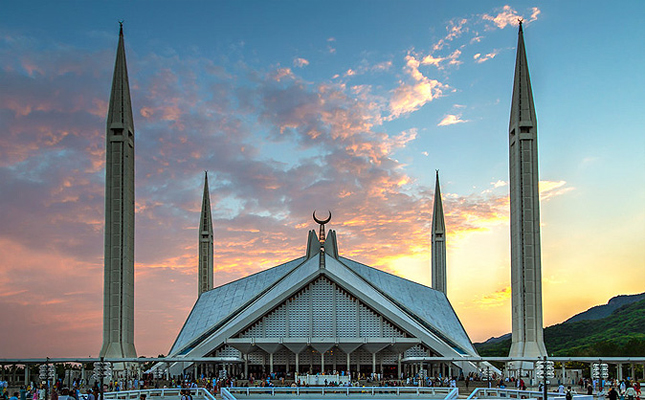 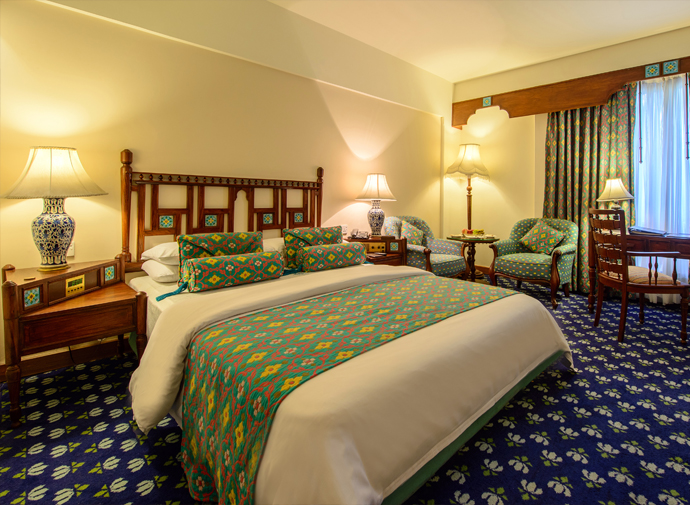 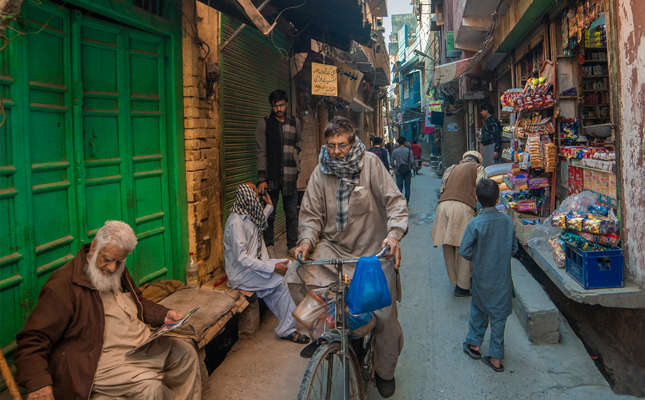 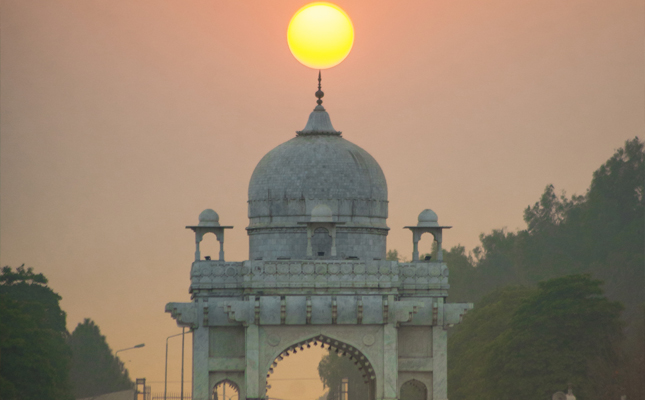 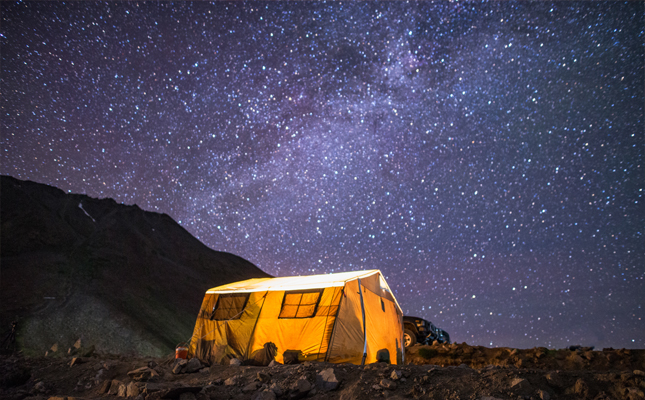 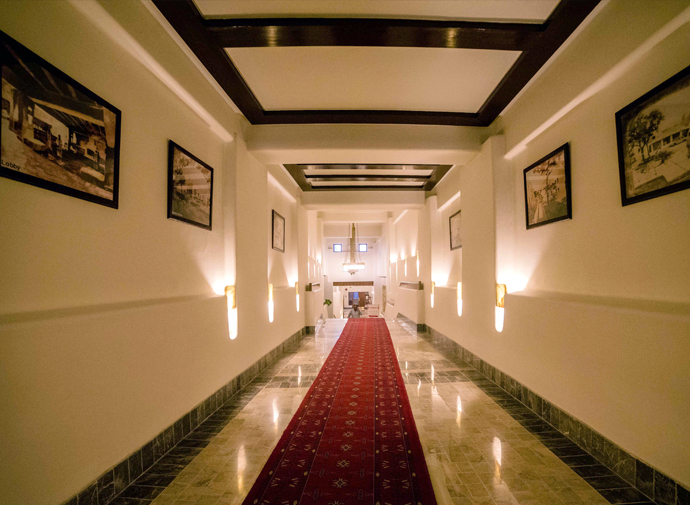 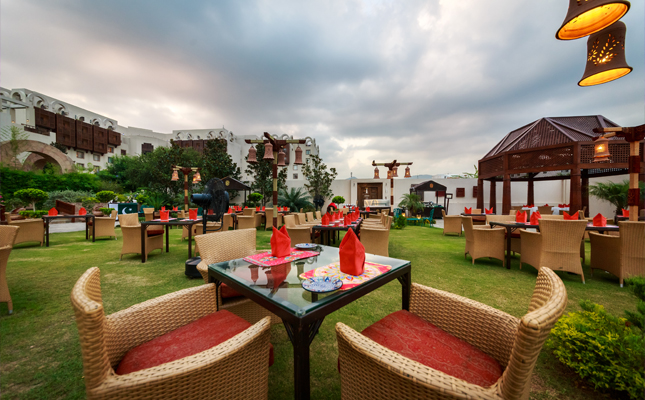 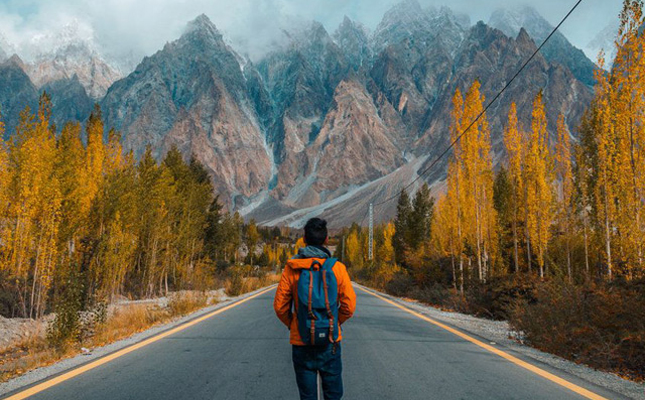 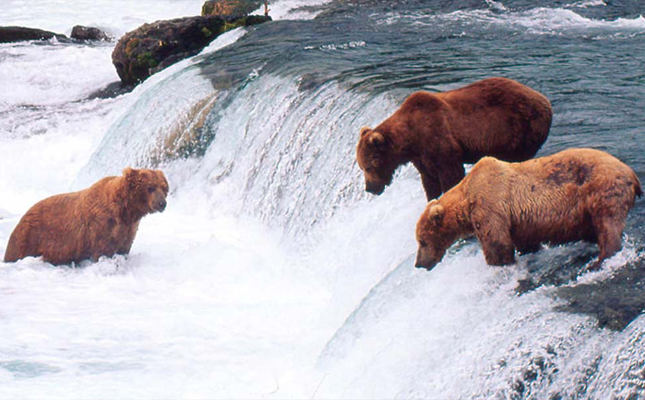 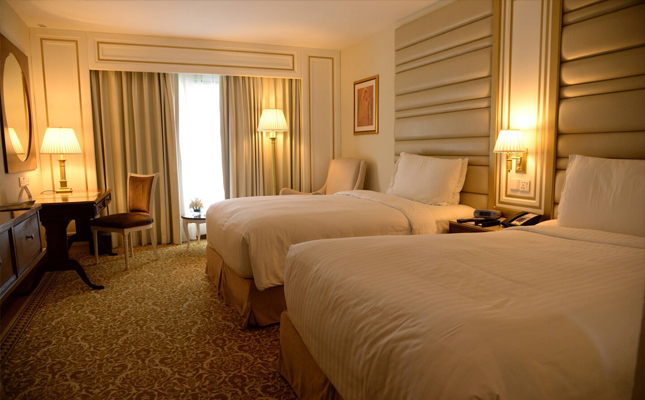 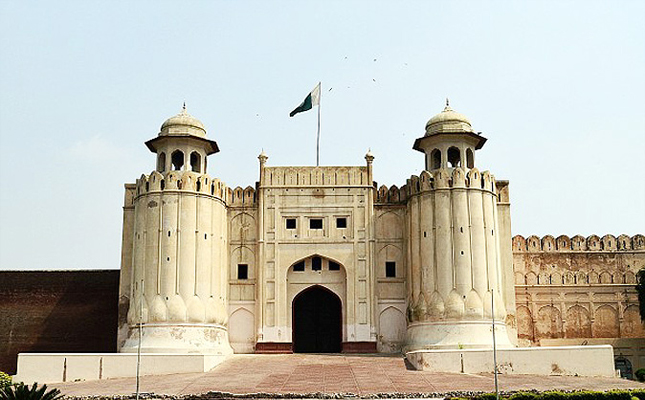 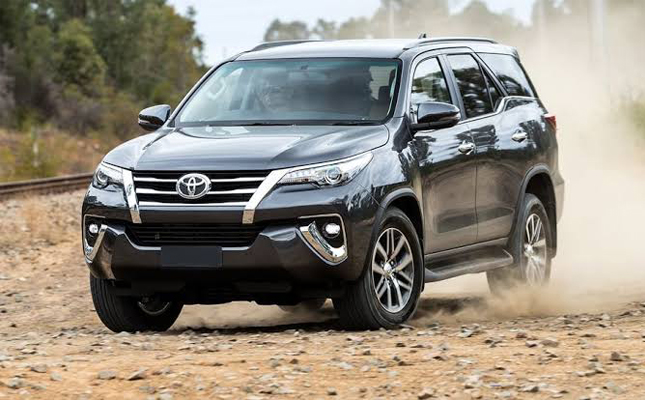 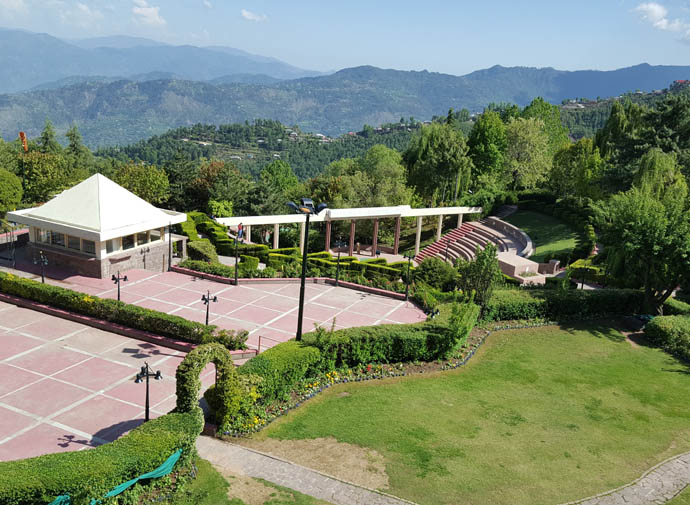 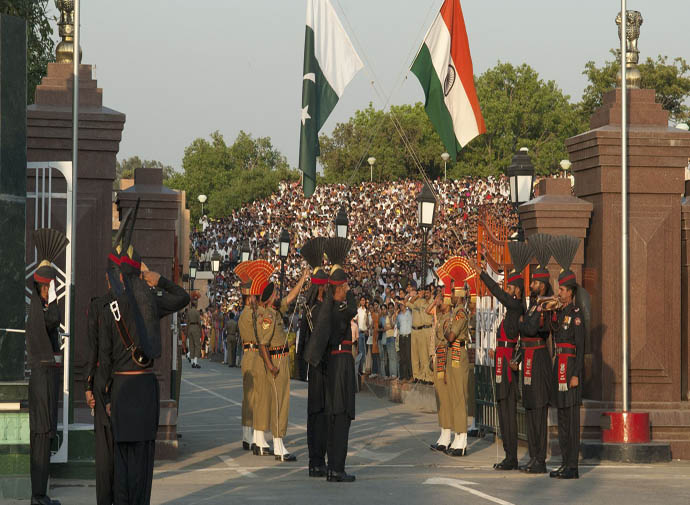 Central Park occupies 843 acres, which is even larger than the size of small countries such as Vatican City and Monaco

The architect of the Eiffel Tower in Paris, was also the architect behind the iconic, 'Statue of Liberty' at New York

The water flow in Niagara Falls came to a complete standstill in 1848, due to an ice jam which blocked the flow of water

The historic city where the United States Declaration of Independence was signed and home to the famous Liberty Bell!

You will be picked up from Islamabad Airport and dropped off at Serena Hotel, Islamabad where you can rest at leisure. The afternoon will be spent soaking in the grandeur of Faisal Mosque one of the most famous mosques in Pakistan and a unique mix of modern and Islamic architecture.

Next, we visit the Pakistan Monument a national monument and a museum of heritage. Pakistan Monument is an architectural marvel, built with Mughal design inspiration to signify unity as the true spirit of the diverse ethnicities thriving in this nation. Enjoy plenty of fine-dine options at Monal Restaurant located at the top of Margalla Hills.

The restaurant has become a tourist attraction because of its authentic Pakistani cuisine offerings as diverse as the country s history and heritage. We recommend their piping hot Cheese Nan and long Seekh Kebab 2 dishes at Monal that get raving reviews.

Ask your tour guide to give you a quick tour of the Daman-e-Koh a hilltop garden and a viewing point offering scenic views of Islamabad s tranquil forests. Located 15 minutes away (by car) from Monal, Daman-e-Koh is the perfect place to get your nature therapy before you head back to the hotel.

We have also procured exclusive Maisha Spa passes for our guests so that they can unwind after a long day with a Himalayan Rock Salt Journey or calm tired muscles in the sauna.

After breakfast, the guests will leave early morning for Katas Raj Temple. We make an approximately 2 hour 30 minutes long journey to this temple that is a cluster of several Hindu temples embraced by a clean, blue pond. Delve into the history of this temple and find out how different religions and cultures blended over centuries in this region to make a diverse masterpiece such as Pakistan.

Packed lunch will be served here before guests continue their drive to Lahore which will be approximately 3 hours and 30 minutes long. Take this journey as the perfect opportunity to self-reflect and untangle your thoughts as lush green meadows zoom by.

Check-in at Avari Hotel in Lahore and get ready to experience the high-spirited and robust culture of the city. A classically designed building with an old-world charm, Avari Hotel offers premium restaurants, spa, pool, and a gym. Fall in love with the candidness of the locals and hear local stories as you bond with them over your mutual love for food. Dinner will be served at the Village Restaurant an eatery that replicates the rural appeal of villages around the urban centers of Punjab i.e. Lahore.

The locals here say that you haven t lived yet if you haven t witnessed the exuberant and high-spirited life of Punjab and we couldn t agree more. Get transported back to the Mughal Era! Skip your breakfast today as we take you on a food tour mixed with a culture tour of the walled city of Lahore.

Some of the food specialties include Sadiq Murgh Channay (Chicken Chickpeas) to Haaji Sardar Fish and Feeqay ki Lassi. The food street is a foodie s paradise so we suggest you come with an appetite for this culinary adventure and leave the rest to us. We will be taking the guests through 5 tasting spots in these 3 hours with plenty of fun, laughter, and best seats in the house.

This food trip will be followed by an excursion to the historic Wazir Khan mosque and the Shahi Hamam located inside the Delhi gate an extravagant Persian-style bath with Mughal Era frescoes. We then visit the Lahore Fort. Also known as Shahi Qila, this fort spreads over 20 hectares and comprises 21 monuments, some of which date back to 1566 (Emperor Akbar s era). Featuring both Hindu and Islamic motifs, the fort is mainly built with mud-bricks with intricate marble inlays and Persian floral designs.

The next stop will be the grand Badshahi Mosque the most famous landmark dating back to the Mughal era. Built during Emperor Aurangzeb s long rule from 1658 to 1707, this mosque is considered one of the world s largest mosques featuring huge gateways, four minarets of red sandstone, massive marble domes and an expansive courtyard. Right next to the mosque is the Minar-e-Pakistan national monument and the Greater Iqbal Park.

The park has a 16,000 sqm. a man-made lake, dancing fountains, and the national history museum. The park also houses The Poet a Mughlai ambiance food restaurant. The place is buzzing with the vibrant attitude of Lahoris. We can opt for a dining experience here with a view of the Minar-e-Pakistan or else opt for the alternative option below.

After walking for 15 minutes, you will reach the Haveli Restaurant located in the historic haveli (mansion) of Khalil Khan. This is a quieter and private option with a rooftop dinner and an evening view of the 16th-century Badshahi mosque lit at night. Feed your heart and soul with a lavish dinner in this rustic, Mughal-inspired eatery which is considered an architectural landmark in itself.

Their top-rated dishes include brain masala, tandoori kebabs, and chicken cheese naan so don t forget to try them out. This wholesome meal will be followed by a soulful experience. Get a crash course in spiritualism at Data Darbar - one of the largest Sufi shrines in South Asia that attract flocks of believers every day. The day will end with an indulgent spa experience at the hotel. Choose from a wide range of Swedish Massage, Aroma Thai Massage, Balinese Massage, Deep tissue Massage, and many more. Disconnect from the world outside and experience calming bliss for 60-90 minutes.

After breakfast, check-in early at Faletti s Hotel for the last day royalty treat in this 1880 classic hotel and some great Instagram moment. We start early today. Take a short walk in Shalimar Gardens - an exquisite garden complex with Mughal-inspired design.

The gardens - constructed during the reign of Emperor Shah Jahan in 1642 - are a UNESCO World Heritage Site and a popular tourist attraction. The early part of the day kick-starts with the tour guides taking the guests to the local bazaar in Lahore.

Take this time to indulge in retail therapy and buy a ready-to-wear dress for the wedding in the evening. Return to the hotel for lunch at the Caf de Brando and prepare for the wedding. Ever wondered what it would be like to attend a Pakistani wedding? We got you covered.

Experience the love in the air, traditional music and dances, and divine feasts at a local Punjabi wedding! Become one with the community, engage with the locals, and mirror their customs and traditions. Punjabi weddings are a must-visit for anyone who wants to immerse themselves in the culture of their vacation spot. From intricately designed and embellished dresses to exquisite jewelry this is your chance to attend this glitzy affair to understand why the entire world is in awe of subcontinental weddings. *The wedding attendance requires early booking with Chalo Pakistan and will be subject to availability and the prevailing wedding season.

Time for a sweet farewell! Guests can rest at leisure on their last day of this trip. They will be driven in a luxe SUV to the Allama Iqbal Lahore Airport where they will catch their flights back home.

Food, shopping, sight-seeing, spiritual retreats, and a wedding this thrill-packed tour was designed to be the perfect timeout for whoever wants to escape the ordinary. Local food kiosks, best chai stalls, best places to visit and so much more.

Give us a shout when you re in the mood for another wholesome experience. Chalo Pakistan! End the trip on a royal note as we take you to a themed dinner at Lakhnavi where we begin your culinary journey with a masterclass of fine dining Mughlai cuisine. *This leisurely trip can be extended upon request. The itinerary can be added on and customized to your fit.